Val Barry studied at Sir John Cass School of Art in the late 1960s, and set up a studio in North London.

Her work was recognised with her first solo exhibition in 1971, and during the 70s and 80s, it was acquired by a number of important collections, including the Victoria and Albert Museum.

Barry was awarded a gold medal in 1975 at the Florence International Ceramics Competition.  She participated in a trip to China in 1978, sponsored by the Craftsman Potters Association, which had a significant influence on her work. 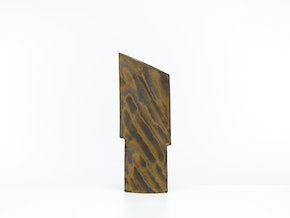