Bernard Leach was born in Hong Kong in 1887.  When he was 10 he was brought to England, and at 16 he enrolled at The Slade School of Art in London. When Leach was 21 he began his studies at The London School of Art in Kensington, where he was taught etching by Frank Brangwyn.

In 1908 Leach decided to travel to Japan to teach Japanese etching.  In Tokyo, Leach painted, etched, and produced wood cuts and designs for magazine covers. In 1911, Leach was invited to a raku party, where he became interested in the firing process and wrote "By this to me a miracle, I was carried away to a new world.  Enthralled, I was on the spot seized with the desire to take up the craft." This was the time in Leach's life when he decided to follow the path of ceramics.

In 1920, Leach relocated to St. Ives and set up a pottery with Shoji Hamada. In 1921, Leach and Hamada produced individual pieces of stoneware and earthenware dishes, and slip decorated and lead-glazed tableware and raku.  Leach later settled in Dartington, where he built another pottery and started work on 'A Potter's Book,' which was his most important publication.

In the 1960s, Leach travelled on many lecture tours and published more of his writings.  He also received several honours, including Commander of the Order of the British Empire (CBE) in 1962, and the Order of the Sacred Treasure 2nd Class in Japan. Leach died in 1979 in Hayle and is buried in Carbis Bay, St. Ives.

Leach's work is featured in many public collections worldwide. The Leach Pottery is open today as a museum dedicated to Bernard Leach and the Leach legacy and as a working pottery studio, producing a new range of standard ware and training a new generation of studio potters. 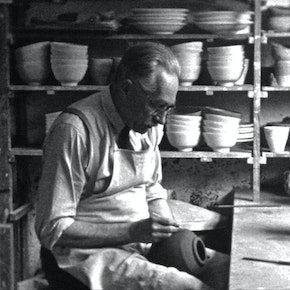 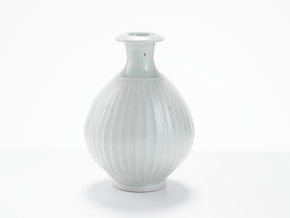