He was a student of sculptor Kazuo Yagi and a follower of the Sodeisha movement, an influential Japanese post-war ceramic group which rejected traditional methods of making and instead focused on using clay to create abstract sculptures.

Akiyama has been a recipient of many awards since 1986, including the prestigious Mokichi Okada Award, which he won in 2010.  His work is also included in important international public collections, such as the Museum of Fine Arts in Boston, the National Museum of Modern Art in Tokyo, the Sèvres National Ceramics Museum in Paris and the Victoria and Albert Museum in London. 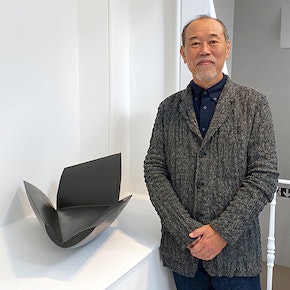 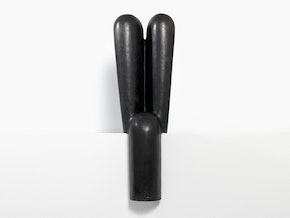